What Is Dustin Johnson’s Net Worth? 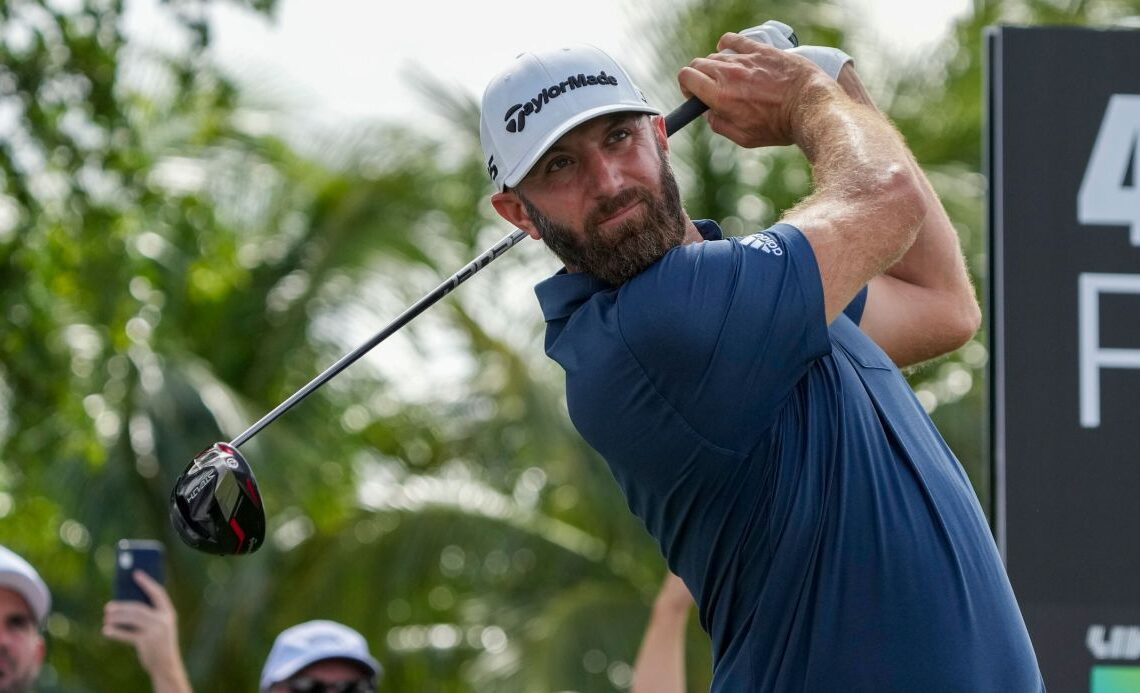 Dustin Johnson is one of the most successful golfers in the world and has enjoyed many, many successes throughout his career. Currently part of the LIV Golf League, he has over 35 professional wins worldwide, with victories on the PGA and DP World Tours, as well as LIV Golf.

In 2022, Forbes released the highest paid golfers list (opens in new tab), in which DJ ranked second, with LIV golfers dominating the top 10. Pocketing an eye watering $97 million, with $68 million of that coming from on-course earnings, and $29 million off-course. Such was the amount of money earned, the American ranked as the fifth-highest-paid athlete in the world.

After moving to the Saudi-backed LIV Golf league, Johnson has found his net worth increasing further, not that it was on the small side anyway… In the first season, and in just eight events, he picked up over $35 million, which doesn’t include his reported $125m multi-year contract.

In terms of career earnings on the PGA Tour, Johnson currently sits 3rd all-time on $73m behind Phil Mickelson ($94m), and Tiger Woods ($120m). This is according to the PGA Tour website and, because we don’t believe this takes into account his FedEx Cup win in 2020, this could shoot up to $88m.

Johnson has obviously played limited events on the DP World Tour (previously European Tour), but he has victories in events that are co-sanctioned by both the PGA and DP World Tours, such as Majors and WGCs. He has also had two victories at the Saudi International which add up to over $1m.

At those events he would have also picked up huge appearance fees. It has been reported that several players were offered up to $3m to appear at the event in Saudi Arabia, Rory McIlroy for example turned down $2.5m.

Given Johnson’s high-profile in the game, we can assume he would have received offers toward the top-end here. However, we are yet to confirm the exact figures.

Of course for many years Johnson has been a big player in the game, sitting atop the world rankings for 134 weeks which puts him 3rd all-time behind Greg Norman and Woods.

As such, he has commanded high-profile endorsements with the likes of TaylorMade and adidas, both brands he has remained loyal to for a very long time now. In fact, in 2021, Johnson signed a contract extension with TaylorMade, continuing the 14-year…