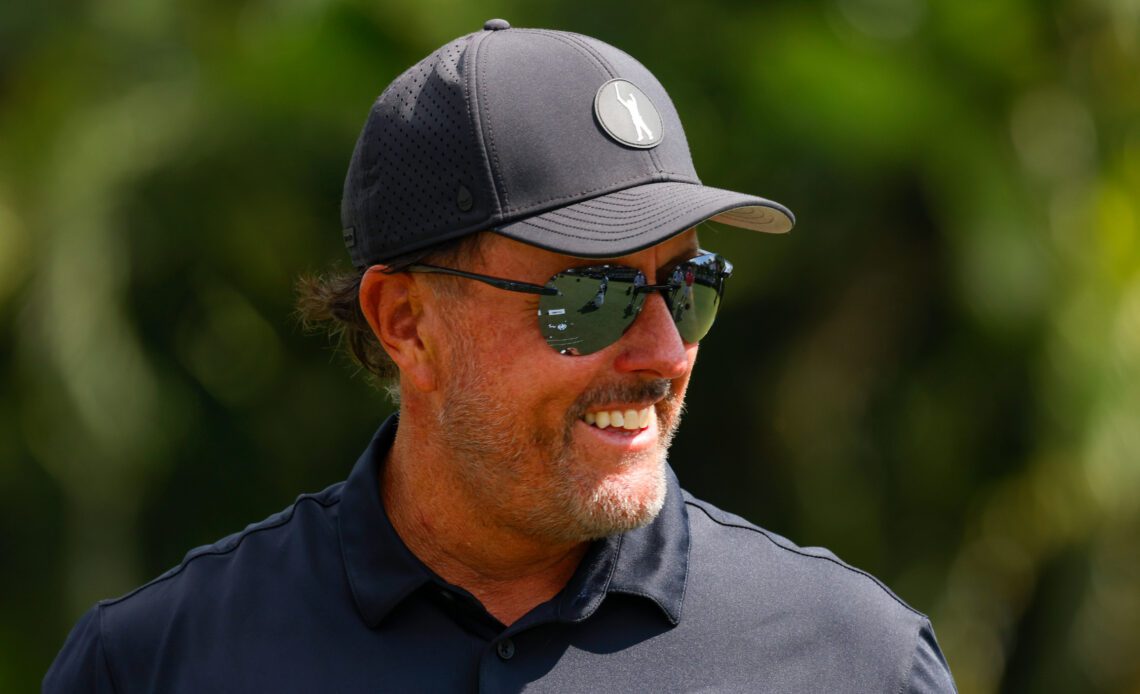 Only last year, Phil Mickelson hosted the PGA Tour’s American Express for the third season in succession. That was before the two-time winner of the tournament created controversy with comments about both the PGA Tour and LIV Golf that led to his self-imposed exile from the game.

Mickelson was eventually confirmed as one of the marquee signings in the Greg Norman-fronted breakaway and was an ever-present in its inaugural season. However, while Lefty appears to have burned his bridges with the PGA Tour thanks to his inflammatory comments and subsequent defection, there is perhaps no starker reminder of that breakdown in relationship than his absence from this year’s tournament in California.

Mickelson has a rich history with the desert event, which he last won in 2004. Indeed, hailing from the area, his name was synonymous with it, and he would regularly tee it up at the event. The tournament will go on without him this week, and may even thrive with some of the world’s best players in the field, including Masters Champion Scottie Scheffler and Sentry Tournament of Champions winner Jon Rahm. However, Mickelson now appears to have put further distance between himself and the organisation that hosts it.

In the days leading up to the tournament, the 52-year-old liked a tweet that reads: “I’m pumped for the @SaudiIntlGolf. As far as I am concerned, it is the season opener for golf. The PGAT no longer interests me. #LIVGOLF #PHILTHETHRILL @PhilMickelson.”

I’m pumped for the @SaudiIntlGolf. As far as I am concerned it is the season opener for golf. The PGAT no longer interests me.#LIVGOLF #PHILTHETHRILL @PhilMickelsonJanuary 15, 2023

Mickelson is in the field for next month’s Saudi International, which is sponsored by the Saudi Public Investment Fund that bankrolls LIV Golf. Meanwhile, defending champion Harold Varner III, who also plays for LIV Golf, will join Mickelson, along with World No.3 Cameron Smith, who signed for the PGA Tour’s rival last August. Several other LIV Golf players will also appear.

Last year’s tournament was indicative of the players who would eventually sign for LIV Golf. Indeed, it was Mickelson’s final event before his sabbatical and subsequent return to the game with LIV four months later. Last week, it was reported that rising star Cameron Young was among the PGA Tour players who have been granted releases for the tournament despite the ongoing dispute between it and the controversial venture.