Who Is Justin Thomas’ Caddie? 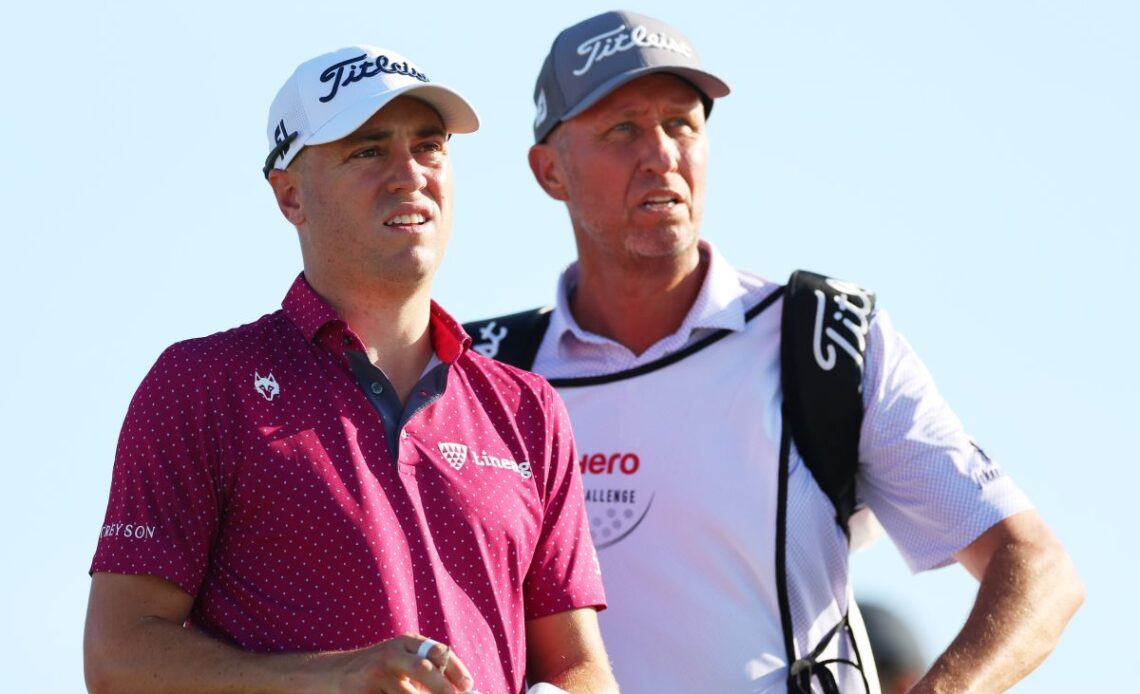 Who Is Justin Thomas’ Caddie?

Justin Thomas has one of the most experienced caddies in the world on his bag. Jim “Bones’ Mackay” enjoyed a 25-year stint working with Phil Mickelson, during which time the pair captured five Majors and 41 PGA Tour titles together. One of golf’s longest partnerships came to an end in 2017, after which Mackay spent most of his time working for NBC Sports/Golf Channel as a commentator.

However, Mackay didn’t call it a day with caddying when he stopped working with Mickelson. He took up the offer to join forces with Thomas, and when the pair teamed up for the WGC-Fedex St Jude Invitational in 2018, his boss landed a huge win that took him back to the top of the world rankings. So, when Jimmy Johnson and Thomas decided to part company after six years together, Mackay stepped in.

Thomas was adamant that he didn’t fire Johnson, a partnership that saw them win multiple times and capture the 2017 PGA, and that Johnson came to him after the Ryder Cup and said that he was simply going to purse other opportunities. Johnson had got together with Thomas after Steve Stricker reduced his playing schedule, and he also worked with the likes of Nick Price, Charles Howell III and Adam Scott.

Mackay was born in Surrey but moved to Florida when he was seven years old. He was a promising player himself, but turned his attention to caddying. Before getting the Mickelson gig in 1992, he caddied for Larry Mize and Scott Simpson. As for the nickname “Bones”, this is down to Fred Couples, who called him by this name back in 1990, and it has stuck with him ever since.

How Much Does Justin Thomas’ Caddie Make?

It was estimated that Jimmy Johnson earned $500,000 in 2020. To put it bluntly, Thomas is an absolute cash machine. Say a caddie gets 5 per cent of any finish outside the top 10, 6-8 per cent of a top 10 and 10 per cent of a win that is going to add up very quickly given how much Thomas finishes near the very top of the leaderboard.

You’d also like to think that Thomas was on the generous end of the paymaster bracket and that Mackay is very well looked after with his basic wage.