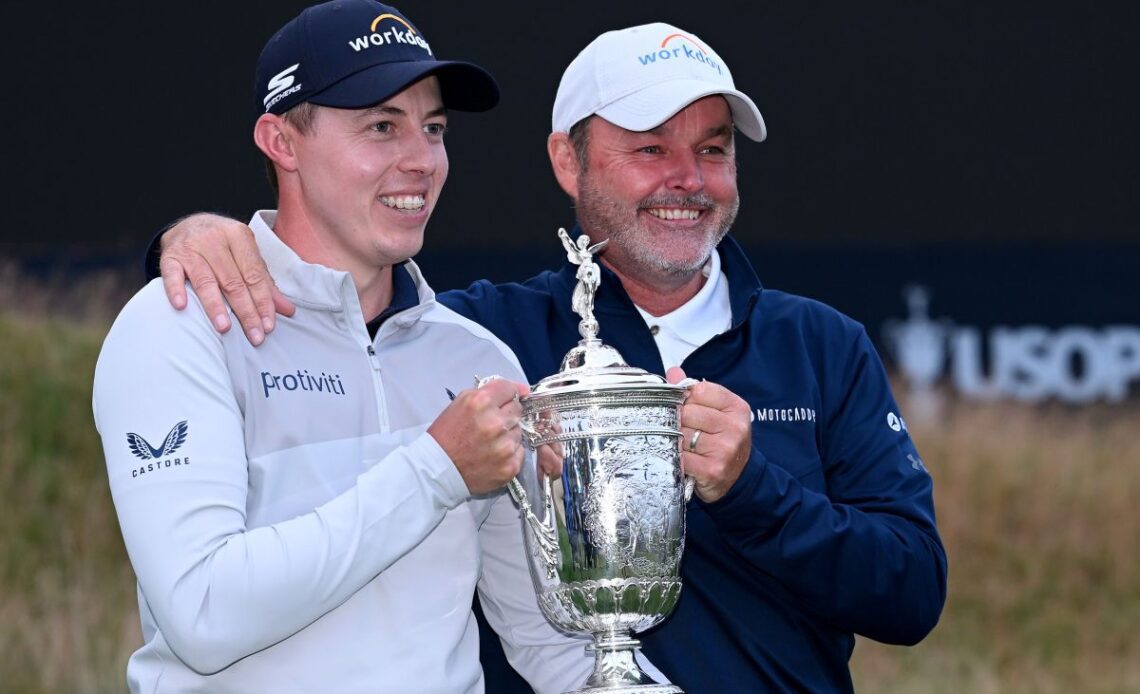 Who Is Matt Fitzpatrick’s Caddie?

After helping Matt Fitzpatrick win the 2022 US Open, caddie Billy Foster joked that he had finally got a “gorilla” off his back. The Yorkshireman has seen many of the players he’s caddied for win titles, but up until that point, he had never experienced Major glory.

Foster joined forces with Fitzpatrick in 2018, after he split with Lee Westwood (opens in new tab), with both parties agreeing that they had gone as far as they could. Since taking on the bag, the duo have claimed some big results, none bigger than the US Open at Brookline, which was also Fitzpatrick’s first Major title.

There’s no denying that Foster’s influence has been a big factor in Fitzpatrick’s success. This was shown at the 2022 PGA Championship when, in tough conditions, the Englishman grinded out a two-under-par round of 68. Following the round, Fitzpatrick stated that patience was the key, something that Foster has helped him with.

“I think that’s the one thing that I’ve learnt more and more certainly over the last few years, particularly with Billy on the bag as well, is just to stay patient and the birdies will come, basically,” explained Fitzpatrick.

At the beginning of his career, Foster began caddying for South African, Hugh Baiocchi, before getting his first Ryder Cup experience with Gordon Brand Junior. Now, he is one of the most recognised caddies in the world, having been on the bag for the likes of Westwood, Seve Ballasteros, Sergio Garcia, Thomas Bjorn, Darren Clarke and even Tiger Woods.

Of his time working with the late, great Seve, Foster told Golf Monthly last year: “I grew up going to every Open Championship from the age of nine in 1975, so Seve Ballesteros was my golfing hero – like he was for most people of my generation.”

Fitzpatrick and Foster have a close working relationship, and are often heard deep in conversation. At the 2019 Scandinavian Invitational, Fitzpatrick asked his caddie for an opinion on a shot that was in a bush. In typical straight talking style, Foster initially joked that they should “flip a coin” to decide the outcome, before stating: “Everyone watching at home will say you’re cheating. Get on with it!”

Another funny moment came at the 2022 Masters when, playing the par 5 13th, Fitzpatrick was unsure on the yardage given by his bagman. Stepping away from the ball, Fitzpatrick questioned the chat, after which Foster replied: “We’ve both thought about it and decided it’s the…