Brooke Henderson jumps out to four-stroke lead at TOC 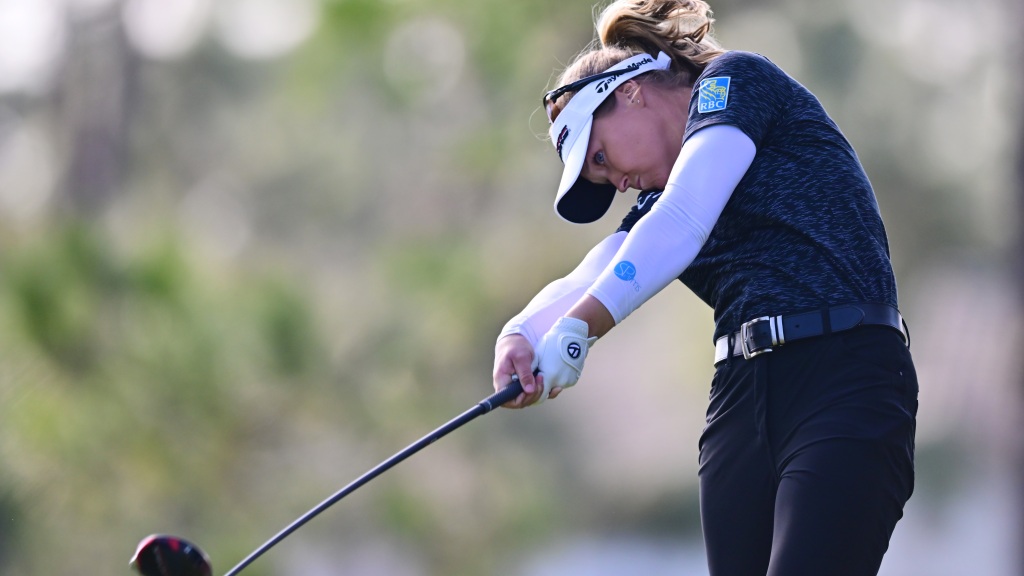 ORLANDO, Florida – Brooke Henderson first started feeling pain in her upper back at the Aramco Series event in New York last October. It was a slow build-up, she said, until the pain reached its peak at the Pelican Women’s Championship in November, where she withdrew after the first round.

At the season-ending CME Group Tour Championship, she manufactured a swing that got her through the tournament and, soon after, she had her wisdom teeth removed. Henderson, 25, does believe there might be a small connection between the two health concerns, though her oral surgeon didn’t seem to think so. After some time away from everything, she began to strengthen her back and reports that it “feels really good right now.”

She’s able to be aggressive again with her new bag of TaylorMade equipment, and she likes what she sees. Playing alongside the legendary Annika Sorentam for the first time, Henderson fired a 6-under 66 on Friday at the season-opening Hilton Grand Vacations Tournament of Champions and jumped to a four-shot lead over Nelly Korda.

“I said ‘good shot’ many times,” said Sorenstam, who trails Mardy Fish by nine points in the tournament’s celebrity division, which uses a Stableford scoring format.

Henderson, the winningest Canadian golfer in history, got off to a scorching start, making four birdies in a row to begin her second round. She’s at 11 under for the tournament. England’s Charley Hull and Wei-Ling Hsu are five shots back at 6 under. Defending champion Danielle Kang trails by seven.

“I feel like a lot of things have been working really well, especially the wedges,” she said. “Feels really nice to be able to feel aggressive, and they’re holding really well, which is sort of a new thing for me.

Last year, Henderson lost a good deal of distance with her driver after the LPGA chose to implement the USGA’s new Model Local Rule, which forced her to switch from a 48-inch driver to one that’s 46 inches.

Henderson, a 12-time winner on the LPGA had used a 48-inch driver for her entire career on tour. Known for her aggressive style, power and the way she chokes down on her clubs, Henderson finished ninth on tour in driving distance in 2021 with an average of 274 yards. Last year she dropped to 25th on the list, averaging 267…