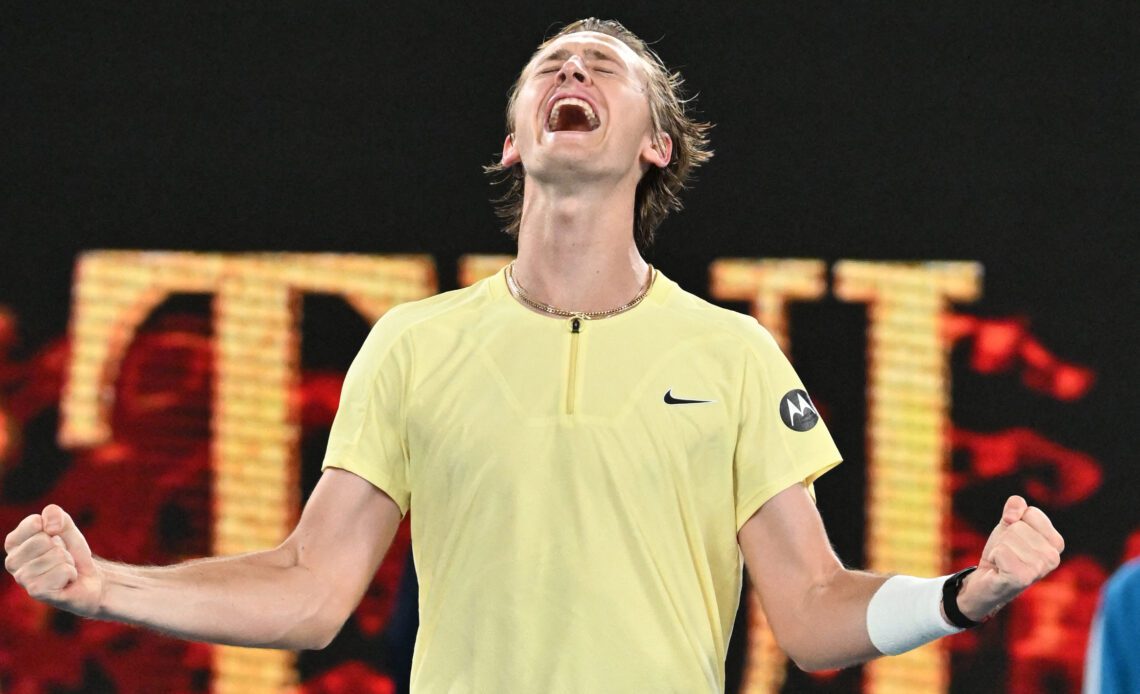 ORLANDO, Florida – Nelly Korda woke up 30 minutes before her alarm went off on Friday to watch her brother Sebastian take on No. 7 Daniil Medvedev in the Australian Open. She was in player dining when he pulled off the upset in three sets.

Mardy Fish, Sebastian’s Davis Cup captain, was up at 5 a.m. to watch him play.

“He’s a great kid and I root for him like crazy,” said Fish, who leads the celebrity division at the Hilton Grand Vacations Tournament of Champions after a sparking 5-under 67 at Lake Nona Golf and Country Club. Fish pulled nine points ahead of home-course favorite Annika Sorenstam in the Stableford format.

Sebastian, who has advanced to the fourth round, told the crowd Down Under that he’s the worst athlete in the family.

Nelly, an eight-time winner on the LPGA, objected to the notion.

“It’s complete BS,” she said. “He’s the best. Honestly, he’s the best. His hand-eye coordination is unbelievable. His swing – I’m jealous of his swing actually. It’s crazy. He’s a lefty. He’s a natural righty, but he plays golf lefty. He played hockey lefty. I mean, he grew up playing hockey. He was pretty good at it, too. Like he skates really nicely, plays golf nicely, plays tennis beautifully.

Sebastian Korda of the US celebrates after victory against Russia’s Daniil Medvedev during their men’s singles match on day five of the Australian Open tennis tournament in Melbourne on January 21, 2023. (Photo by Paul Crock/AFP via Getty Images)

Petr Korda won the 1998 Australian Open and Nelly’s big sister, Jessica, made the 2012 Women’s Australian Open her first LPGA title. Mom Regina, a former Olympian, was a strong player in her own right before an injury took her out of the game.

“Their dad is very strict with their schedule, Petr is,” said Fish of his time captaining Sebastian, “and so I understood that and respected that.”

Nelly carded a 3-under 69 in the second round at the TOC and trails Brooke Henderson by four strokes heading into the weekend. Nelly, a major champion and Olympic gold medalist and the current world No. 2. won the 2021 Gainbridge LPGA event here at Lake Nona, one week after her sister Jessica won the 2021 TOC. Jessica, a six-time winner on the LPGA, battled a back injury late last season and will begin her 2023 campaign next month in Thailand.

As for Sebastian’s golf swing, Nelly marvels at his pure athletic talent.