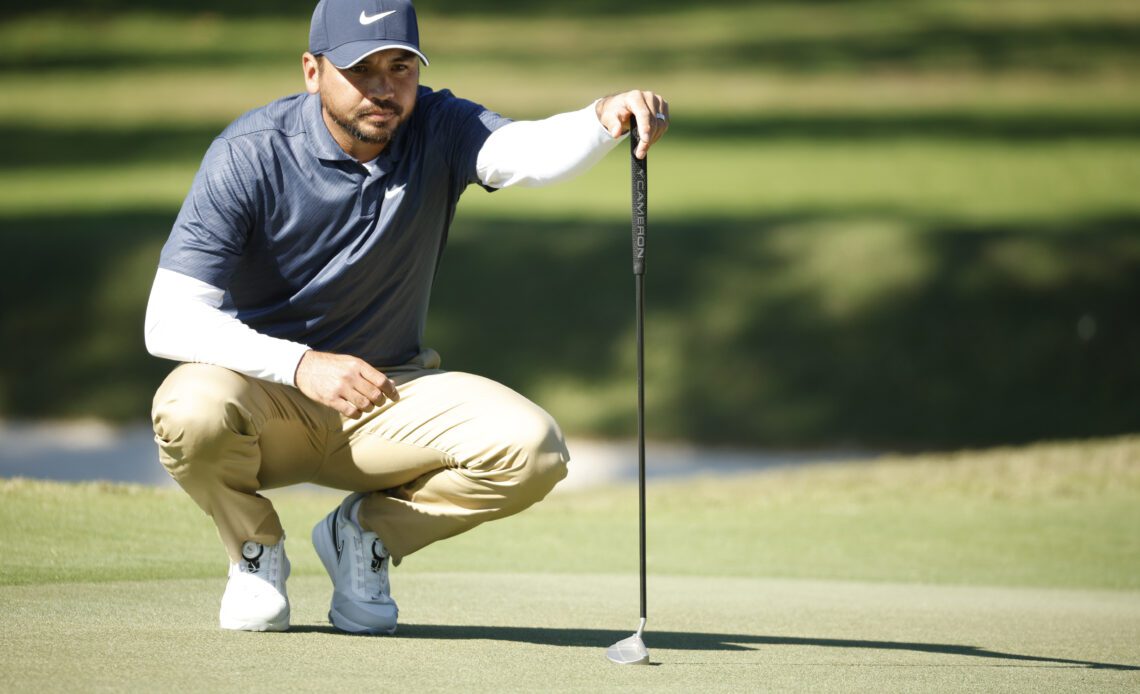 Jason Day of Australia lines up a putt on the sixth green at Sea Island Resort Plantation Course on November 18, 2022, in St Simons Island, Georgia. (Photo by Cliff Hawkins/Getty Images)

The former world No. 1 put together one of the best stretches in PGA Tour history from 2015-16 winning eight times including the Players, the Dell Match Play, the Arnold Palmer and the PGA Championship.

However, Day hasn’t lifted a trophy since 2018 at the Wells Fargo.

Injuries have plagued the Aussie, most notably his back. Like Fowler, Day has implemented swing changes over the past year, but in his case, it was in order to take some of the pressure off his back. Using more rotation and committing to a cut have freed his action up a bit.

In six starts this season, Day has four T-21 or better finishes including two top 10s (he claimed T-10 at the QBE Shootout, an unofficial event).

Like Fowler, his struggles have been on the greens. The once-automatic putter is currently ranked outside the top 100 in SG: Putting (105th, -.036).