Bruins, Canales Open 2023 with Victory at The Match in the Desert 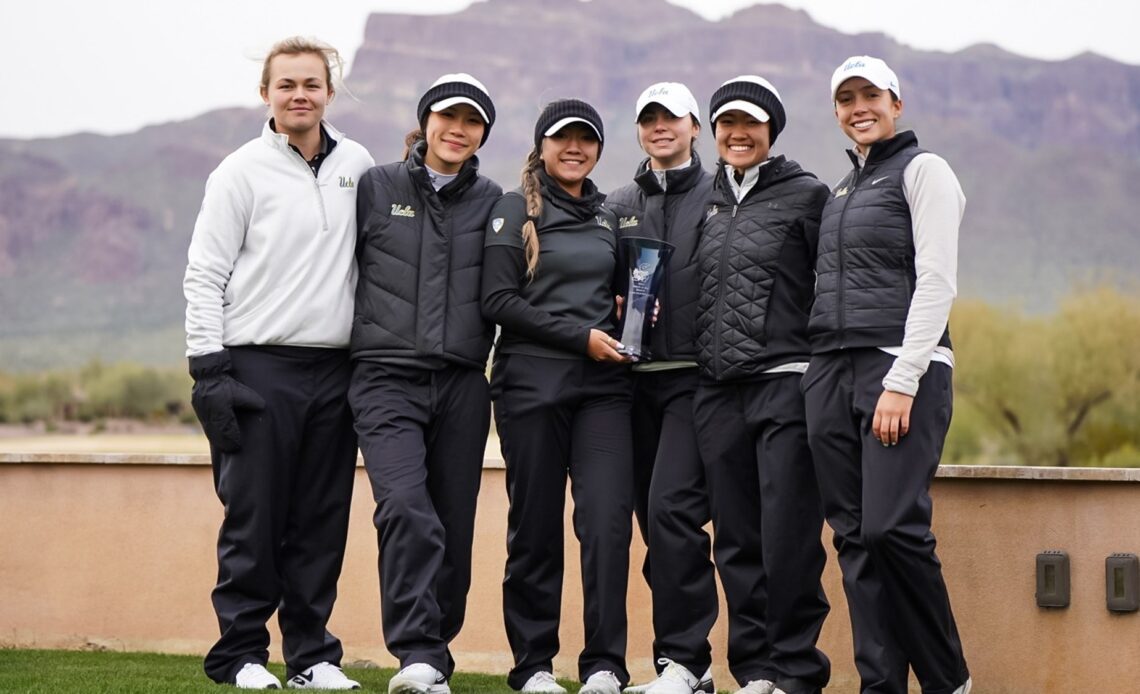 
GOLD CANYON, Ariz. – The No. 22 UCLA women’s golf team recorded a 12-under 276 to win its first tournament of the season at The Match in the Desert at Superstition Mountain Golf Club in Gold Canyon, Ariz., on Monday. Sophomore Caroline Canales shot the best round of her collegiate career with a 7-under 65 to earn her first medal.

The Bruins’ 12-under performance is tied for the sixth-best score in relation to par in program history. The last time UCLA shot 12-under or better in a single round was in Fall 2018 when it scorched Red Sky Ranch Golf Club in the third round of the Golfweek Conference Challenge for a 17-under 271.

Canales totaled an astounding eight birdies and just one bogey in her round. She shot a 4-under 32 on the front nine, including a string of three consecutive birdies on holes five through seven.

Sophomores Zoe Antoinette Campos and Alessia Nobilio also finished within the top 10 at T-6th and T-8th, respectively. Campos tied her previous career low of 68 and Nobilio notched her second sub-70 score of the season with a 3-under 69.

Annabel Wilson, who participated as an individual competitor, tied for 11th with a 2-under 70. It was her second top-20 placement of the season.

Senior Yuki Yoshihara and Phoebe Yue also has impressive outings to round out the Bruins’ starting five. The duo cleaned up their round on the back nine and came up clutch to shoot a collective 4-under after the turn. Yoshihara had three birdies while Yue had two.

Click Here to Read the Full Original Article at UCLA…