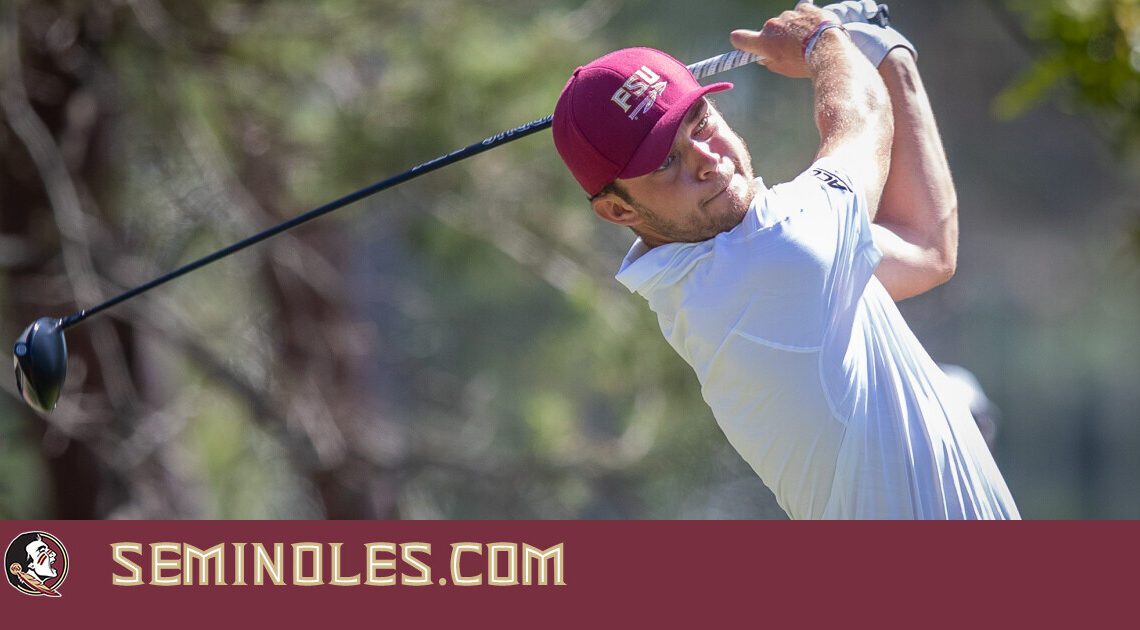 TALLAHASSEE, Fla. – The offseason for the Florida State Men’s Golf Team has been one filled with success, especially for true freshman Luke Clanton. Clanton proved to be a top recruit out of Hialeah, Fla., for Florida State, improving his game dramatically from his first tournament as a Seminole to his most recent.

Clanton made his collegiate debut as a Florida State Seminole in the team’s first tournament of the fall season at the Maui Jim Intercollegiate. He continued to play in all four of Florida State’s fall competitions, increasingly lowering his scores and finishes as the season progressed on.

The Jackson T. Stephen’s Cup was a turning point for Clanton. After shooting 2-under par for the tournament and beating individual champion, David Ford, in match play, Clanton continued to play in numerous events over the offseason where he posted groundbreaking scores.

The South Florida native returned home for winter break where he competed in the 2022 South Beach International Amateur at Miami Beach Golf Club. With a tournament field just as strong as the Stephens Cup, Clanton posted a four day total of 17-under par with rounds of 67-68-65-66 (266) to be crowned champion of the prestigious tournament.

His commitment to the offseason grind continued into the New Year, competing with other fellow Seminoles in the Jones Cup Invitational at Ocean Forest Golf Club in Sea Island, Georgia. Although his opening round of 3-over was unfamiliar, he persevered with an even-par score for round two, followed by a final round of two-under par.

The freshman is expected to help lead the No. 13 Golfstat ranked Seminoles in a record-breaking spring season.

Luke Clanton was not the only Seminole to have impressive off-season results. Junior Gray Albright joined Clanton in the South Beach International Amateur, posting his own low four day total of 1-under par with rounds of 71-70-70-71 (282).

Albright returned to the 60’s at the Orlando International Amateur Championship after firing an opening round of 69, followed by rounds of 75 and 72 to finish the tournament T36.

Frederik Kjettrup competed alongside Clanton in the Jones Cup Invitational, shooting rounds of 76-73-69 to finish T21 at 2-over par. His best performance of the fall season was at the Jackson T. Stephens Cup, placing T10 with a 5-under finish (69-68-73).

Brett Roberts looks to repeat another phenomenal season after carding the lowest scores of his collegiate career in the fall….