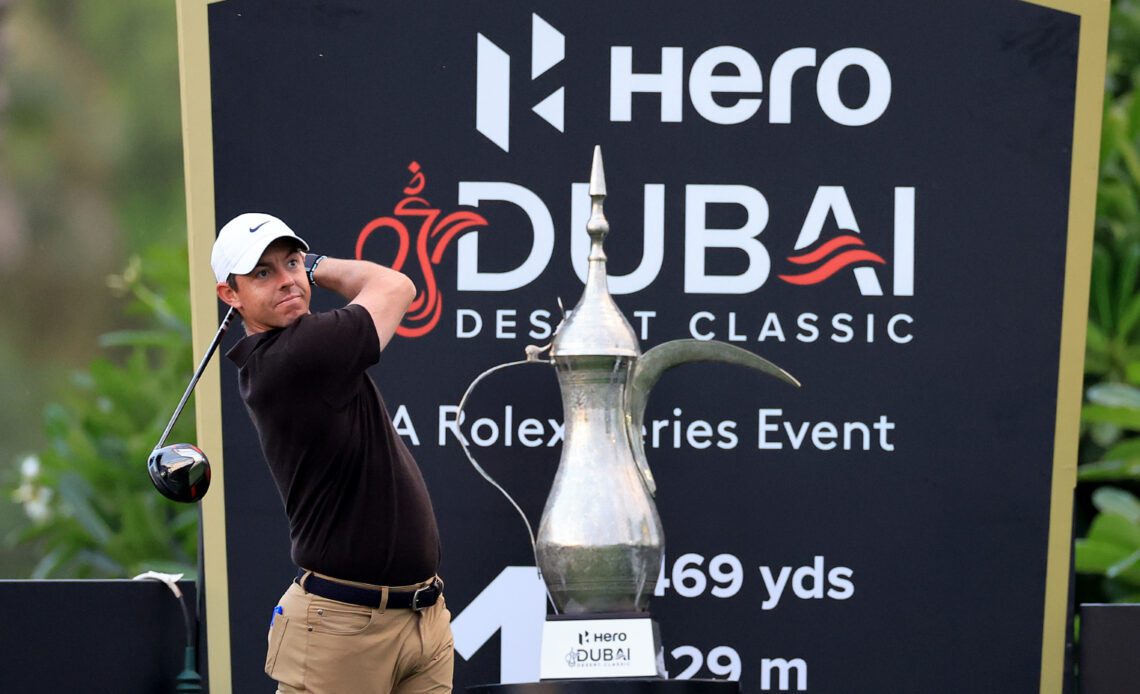 Like last week, that means an larger purse than usual and with it, a stronger field. Among it are 12 LIV Golf players and two of the world’s top 20 – World No.1 Rory McIlroy and World No.20 Shane Lowry.

Of those, it is McIlroy who created most of the headlines in the build-up to the tournament and not just because it’s his first start in 2023. The Northern Irishman was also involved in an incident with one of the LIV Golf players, Patrick Reed, who was blanked by McIlroy when he attempted to shake hands with him, before eventually walking away and tossing a tee in his direction.

Given the drama that he has generated it is likely McIlroy is more keen than ever to left his golf do the talking, and, by his own admittance, he has “unfinished business” after a heartbreaking end to last year’s tournament when he found the water on the 72nd hole and missed out on a playoff for the chance to win the title for a third time. In the end, Viktor Hovland claimed victory, although the Norwegian is not back to defend his title this year.

As well as Reed, the other LIV Golf players in the field will be eager to perform well with a rare chance to accumulate world ranking points. That includes two players for whom the DP World Tour (previously the European Tour) has been an integral part of their long careers.

Ryder Cup legends Ian Poulter and Lee Westwood could be facing their DP World Tour swan song this week pending the outcome of a hearing beginning on 6 February to determine whether LIV Golf players can continue on the Tour. Prior to this week’s tournament, the pair had amassed a combined 982 appearances on the Tour and they will surely have added incentive to go out on a high if it is to be their final tournament on it.

The man who finished runner-up to Hovland last year, Richard Bland – who also plays for LIV Golf – appears too, while other recent winners in the field include 2020 winner Lucas Herbert and Stephen Gallacher, who enjoyed back-to-back wins in 2013 and 2014. Rafa Cabrero Bello, who was crowned champion in 2012, also plays.

Other players hoping to make an impact will be World No.24 Tommy Fleetwood, who is now a Dubai resident and has finished in the top 20 in each of his last five appearances at the tournament. Tyrrell Hatton, Sepp Straka and Tom Hoge are…