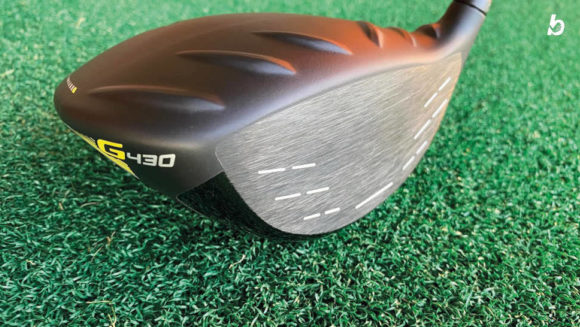 Ping has always made fantastic golf clubs. Just look at the G425 driver was a prime example of that.

The new Ping G430 LST driver, however, is even better, offering even more distance down to its changes on the face and crown.

In terms of looks, it’s not going to be suit everyone’s eye at address with the turbulators. Some like them, some don’t. They absolutely don’t bother me. But the biggest change is the crown with the Carbon Fly Wrap,which is slightly different in colour than the turbulators but blends nicelyand isn’t much of an eye sore. I think it looks pretty good.

The shaping looks fantastic with it being a slightly smaller head at 440c, 5cc smaller than the G425. At address, it looks sturdy and reliable behind the ball, giving you the feeling that it’s a driver that will definitely fill you with confidence on the tee box. Hard to explain, but this is a driver that just feels good in the hands.

The sound is so solid coming off the forged face, you really do feel when you’ve caught one out the middle. It’s very forgiving across the whole face but feels better on mishits towards the toe rather than the heel.

You cannot argue with the distance gains, either. Ping says that it’s seven yards longer through the air – and they’re not wrong. The distance is really impressive and low…