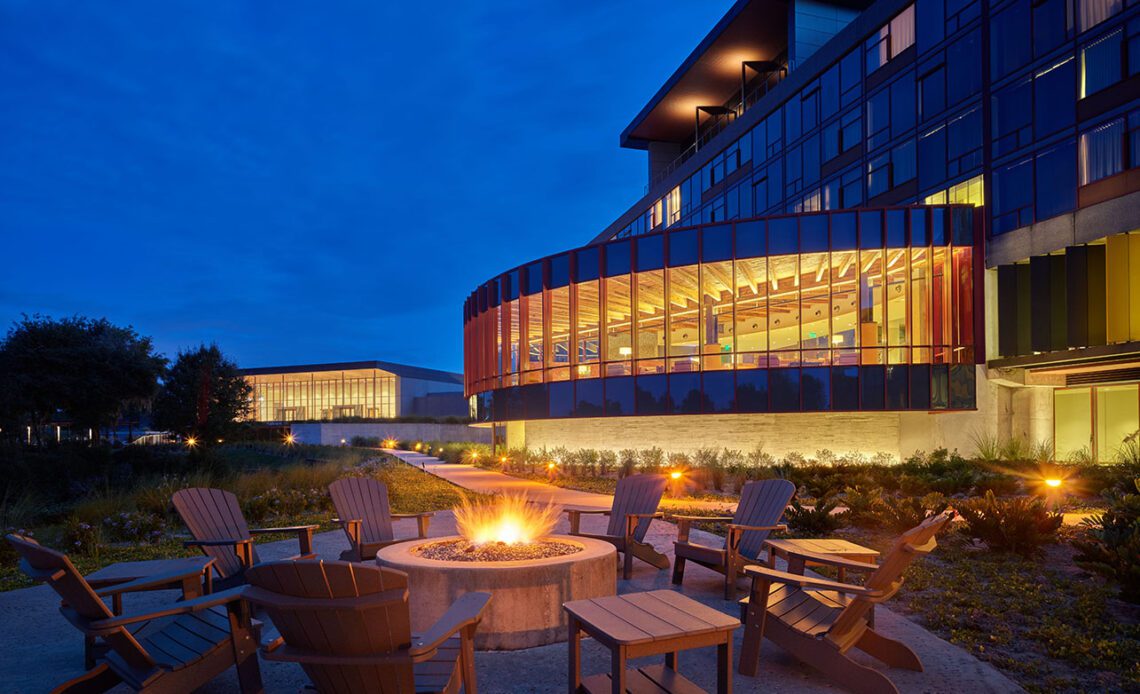 Streamsong Resort in Florida opened in 2012, and aside from its original two golf courses and the addition of a lodge and a third course, a major talking point has always been its owner, Mosaic Company.

One of the world’s largest phosphate producers, Mosaic had for decades mined the remote Central Florida site where Streamsong was constructed, about an hour’s drive southeast of Tampa and 90 minutes southwest of Orlando. Those past mining activities defined the land, leaving huge piles of sand that over time had turned into surreal dunes. The landscape makes the three courses at Streamsong very different than just about anything else in Florida.

But Mosaic was still first and foremost a mining company. It hired golf management company KemperSports of Illinois to operate the golf courses from the start, and two years ago KemperSports took over management of the entire resort, including hospitality. For several years there was speculation that Mosaic would sell the resort at some time.

That time has come, as Mosaic has sold Streamsong Resort to its longtime management partner, KemperSports. As first reported by the Fire Pit Collective, the sale price was $160 million, confirmed by Mosaic in a news release Friday. The acquisition included three golf courses, two clubhouses, the Streamsong Lodge and other amenities, all on 7,000 acres as part of the deal. Just over 2,000 of those acres are in use now as part of the resort.

The Lodge at Streamsong in Florida (Courtesy of Streamsong)

Each of Streamsong’s three courses – the Red by designers Bill Coore and Ben Crenshaw, the Blue by Tom Doak and the Black by Gil Hanse and Jim Wagner – ranks in the top 60 on Golfweek’s Best list of top modern courses in the United States. The Red ranks No. 2 on Golfweek’s Best list of public-access layouts in Florida, with the Black No. 3 and the Blue No. 4 on that list. Streamsong is one of just a handful of resorts to have so many highly ranked courses.

“We’re very excited,” Steve Skinner, the CEO of KemperSports, told Golfweek on Friday. “As you know, we’ve been involved with this property since almost Day 1, for over 10 years. It’s such a special project and such a special property, we’re just really excited. It’s a rare place in golf and just really iconic.”