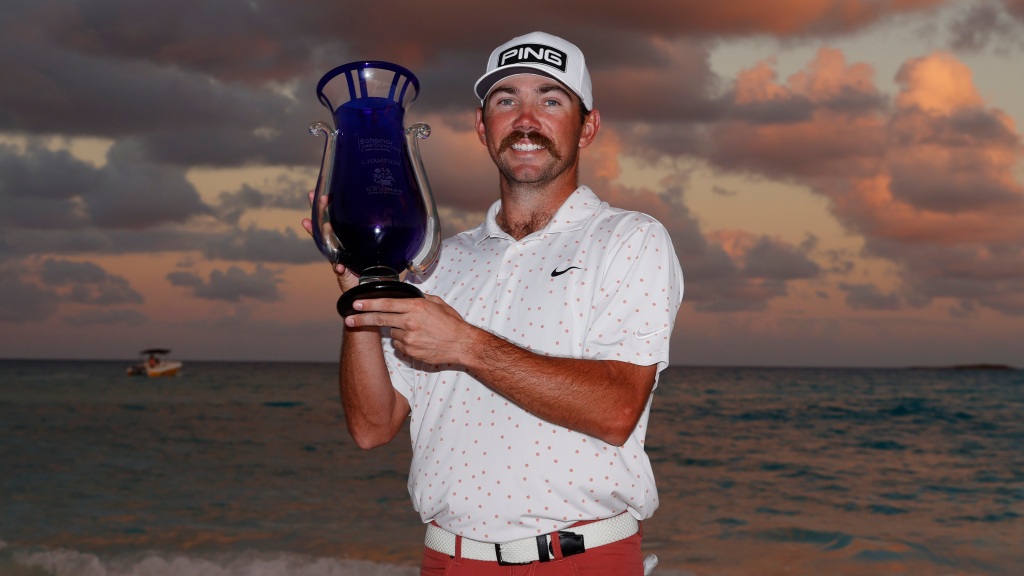 Chandler Phillips was pretty calm all day, aside from his final two putts of the day. The nerves tend to grow when you’re playing for your first professional win.

The former stamdout at Texas A&M shot a 4-under 68 in the final round to secure his first Korn Ferry Tour win Wednesday at the Bahamas Great Exuma Classic at Sandals Emerald Bay. Phillips knew where he stood in the tournament thanks to a scoreboard behind the 18th green, but was able to roll in his par putt on the final hole to preserve a two-shot lead at 14 under as the final group teed off on No. 18.

.@ChandlerPhilli6 rolls in his par putt on 18, giving him a two-stroke lead with the final group teeing off on 18. pic.twitter.com/yTf7srXB1s

Cody Blick and Peter Knade finished T-2 at 12 under, with Brett Drewitt, Wil Bateman, Daniel Miernicki, Shad Tuten and Akshay Bhatia all T-4 at 11 under. After missing the cut in his previous two starts in the Bahamas, Tuten held the 54-hole lead for the first time in his career, while Bhatia was aiming to be just the second player to defend a KFT title.

The boys will stay in paradise for another week as the KFT hosts its Bahamas Great Abaco Classic at The Abaco Club on Winding Bay next week, Jan. 22-25, which also follows a Sunday-to-Wednesday format.