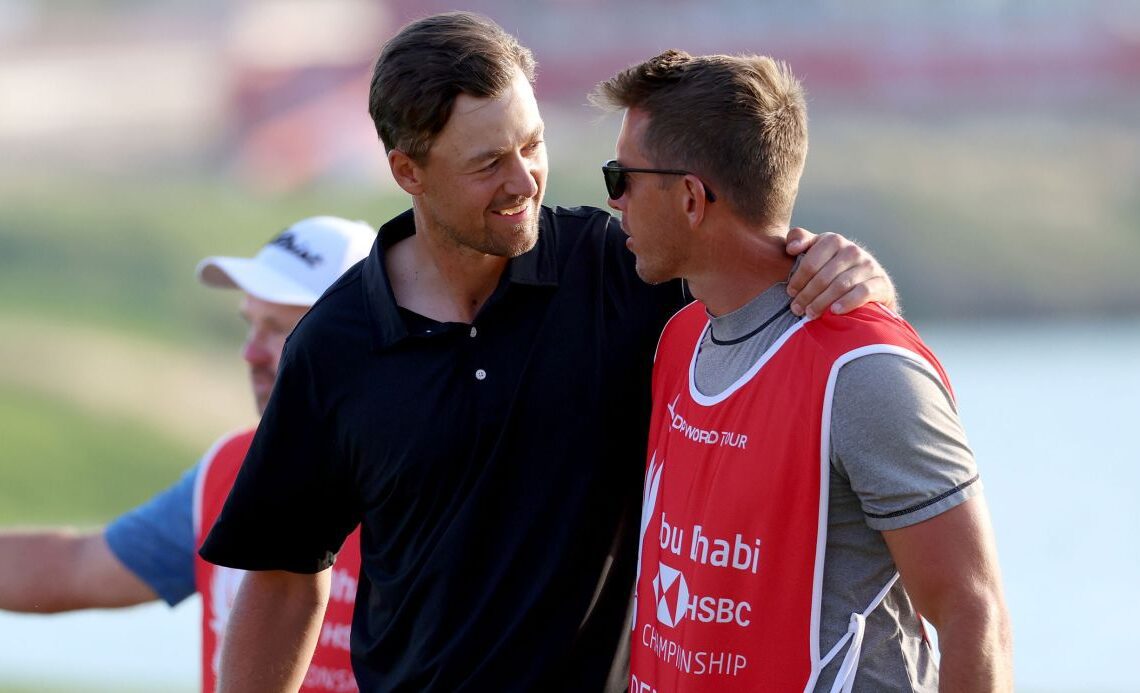 In an action-packed final round, it was France’s Victor Perez who emerged victorious in the Abu Dhabi HSBC Championship (opens in new tab) at Yas Links, making it three wins on the DP World Tour and his first in a Rolex Series event.

His last win came at the Dutch Open in May last year (opens in new tab) and Perez will welcome that winning feeling again as he finished the tournament at 18-under, just one shot ahead of Sweden’s Sebastian Soderberg and Australia’s Min Woo Lee, who almost tied the lead on the 18th as he saw his outstanding pitch fall inches wide of the hole.

Speaking after his victory, Perez stated: “I got off to a good start and was just focusing on me and tried to do the best I can cause I knew, you know, you can’t control what everybody else is doing. I was just trying to like, plot along and Seb played fantastic and he always was right there, he never gave me an opening and yeah, I’m just delighted to finish on top. It was a crazy finish but I feel like I’m used to that now. Hopefully I can make it a little easier for the next one.”

Perez began the third round one shot off the leaders, but a four-under front nine propelled him into contention before a birdie-birdie start on the back nine gave him the lead. However, it all changed on the 14th when a bogey for Perez offered hope to the chasing pack.

The closing holes offered a dramatic finish to the tournament as the Frenchman blocked his tee-shot into a greenside bunker on the par-3 17th. But, in a moment of magic (opens in new tab), Perez sent his bunker shot past the hole and watched it zip back for an unlikely birdie.

“It wasn’t actually as difficult as a bunker shot because obviously it was downhill to the hole, flat at the hole and into the wind, so I was basically trying to fly it all the way to the hole and if I hit it a little bit heavy it was maybe going to release.

“But in the back of my mind I’m just thinking, Seb’s gonna make two, it’s three and half from where I am pretty much, you know, hopefully I make three and maybe I make four and then we’re tied with the last hole to go. It came out maybe a little skinny, I’m not gonna lie, and spun back and the fortune of the ball going in which was probably the greatest shot I’ve ever hit.”

Holding a two shot lead heading down the last with Soderberg and Lee still chasing, Perez did indeed drop a shot. That then opened the door for the…